July 2011 – We have decided to celebrate our youngest’s first birthday in the Queen City of the South, Cebu.  After grabbing a good deal from Air Philippines two months ago, the long wait is finally over!  Off we go the first of July!

The original itinerary includes Bantayan Islands, but we fear that it’ll be a wet season so we took it off our to-go list.  So our flight was scheduled at around 5AM.  It’s our first time to fly that early and the sun has not risen yet.  I’m glad we did and I’m going to share the view from our plane window.

Riding the plane to Cebu

We arrived past 6AM.  And how prompt can our hotel driver be?!  Glad we were to see him with a well-maintained van, a Mercedes-Benz.  We headed to our hotel, Goldberry Suites which is situated in Pusok, Lapu-Lapu.  The hotel is just 10-minutes away from the airport and 5KM away from the city proper.  Doubt came first, but was dissolved immediately after we entered our suites.  Whoa!  A king-sized bed, mini bar, working table, high-speed internet and LCD TV await us.  But what makes them unique was their glass-walled T&B, IMO.  The cleanliness of the room is commendable, since their rate is very affordable (let me repeat that, as in very affordable) we were not expecting something as good as this.  Customer service is also top-notch!  Hubby and kids were already enjoying the bed and I am loving my (temporary) workstation! 🙂

After lunch, we headed to the town proper cantered by a rented van from Cebu Executive Rent-a-Car.  I’ve been to Cebu before but since most of my trips were work-related, I was not able to explore its famous landmarks.  Cebu is actually known for its buildings and monuments dating back to the Spanish era.  So first stop, the legendary Magellan’s Cross.

The Basilica del Sto Nino is just beside it, so we walked through the crowd and saw the huge area where you can light candles and offer a prayer.  We aren’t really Catholics but there’s no harm doing so, that’s why I lighted two candles for my two kids.  It was actually a common thing with Catholic churches but this one’s really huge.  We went inside the church and there are lots of images of Jesus and other saints.  Lots of people go to the Basilica thus the need for them to conduct the service inside and outside the church itself.  There’s a small museum which is free to the public, but taking photos is not allowed.

Light up a candle and offer a simple prayer

Free candles are provided for devotees

A few steps away the Magellan’s Cross lies one of the oldest BPI branch.  A proclaimed tourist landmark and was built 1940’s, we persuade our cousin who works for BPI to pose in the facade and beside their history badge. 🙂

One of the oldest BPI branch

About several minutes away is Fort San Pedro.  Stepping here is like stepping in Intramuros.  We only took pictures of the facade, there’s a minimal fee for those who wanted to wander around the fort.  While a mini gallery of antique stuff and pictures are free for public viewing.

The facade of Fort San Pedro

We were already tired and it’s dinner time!  Hence we went to the popular Larsian BBQ joint.  Prepare to smell all smokey as a circle of BBQ stands and vendors await hungry travelers.  Since there are many to choose from, take your time and choose the best and freshest BBQs around.  The food is relatively cheap –pork BBQ is sold for about P5, rice “puso” is sold for P3 and the soup is free.  The thrilling part here is that they provide plastics for your hand, since there are no visible washroom around.  You can also request for utensils if you are not comfortable with that.

Lots of BBQ stands to choose from

Rice or "puso" sold for P3 per piece

We went back to the hotel at around 8PM and prepared for the next day.  And that ends day 1 in Cebu.  🙂 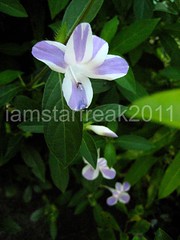 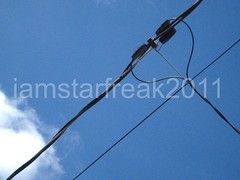 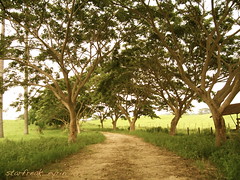